Once upon a time a wonderful couple gave birth to a beautiful baby girl who was named Jennifer.

In the early stages of her life Jennifer was just the same as any other baby however, as time passed, the couple noticed that their little girl wasn’t reaching the same movement milestones as that of other children. 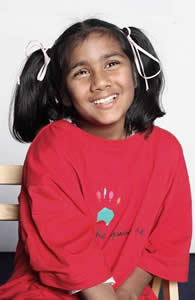 Like any other loving parents, they wanted to know why their little girl wasn’t developing in the same way and wanted to find a way make her better.

After many visits to various doctors Jennifer was diagnosed as a spastic.

Having identified the condition of their child they discovered there were no educational, medical or other special facilities for people with spasticity.

The parents decided that there must be a way to provide their daughter and other youngsters with productive, quality lives.

So, armed with just £32, an inexhaustible supply of hope and a legion of helpers, The Cerebral Palsy Alliance was born.

From those first days where just 14 children were treated, the organisation that had been set up by Jennifer’s parents, the McLeods, has taken a remarkable journey.

Spasticity we now know is just one form of a condition called cerebral palsy.

As the first and longest surviving organisation of its kind in the world, and in its 60th year of operation, The Cerebral Palsy Alliance has much to celebrate.

The Cerebral Palsy Alliance now provides essential services to children and adults from over 70 sites across NSW and the ACT.

However, our future relies on our continued ability to positively influence and inform the actions, policies and attitudes of government, business and the community about the needs of people with CP.